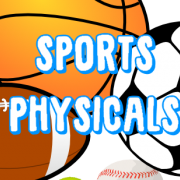 Parents are asked to complete the History Form and if applicable the Special Needs Supplemental form and bring this entire document with them to the clinic.
Pre-participation exam form (PDF)

All students must bring or wear loose fitting shorts for the screening. 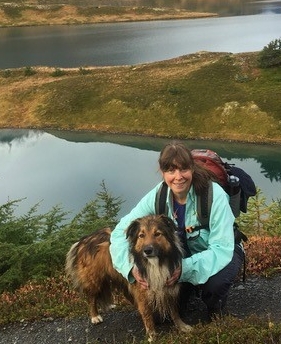 The following editorial was written by SPH Chief of Staff  Giulia Tortora, MD and originally published in the Homer News on  June 5, 2019.

In 1989, I spent two months working in a hospital in Tanzania, Africa. While I worked in that small village, where no vaccines were available and care options were limited, I was shocked to discover that the main disease that killed children was measles. Not malaria. Not malnutrition. Measles. Watching any child die of a preventable disease is heartbreaking.

Measles vaccination rates have declined, and the outbreak in the U.S. is both serious and terrifying. The likelihood of seeing it in Alaska is very high, and we need to prepare to face the consequences of this public health nightmare.

There is a great deal of controversy about vaccinations, mostly due to misinformation that started with a study in 1998 by Anthony Wakefield that postulated a connection between the measles-mumps-rubella (MMR) vaccine and autism. It has since been proven both falsified and inaccurate. There have been many studies since then that disprove that link. But misinformation is rampant, and this causes people to make unfortunate decisions — decisions that will cause deaths in our community.

Here are the facts: getting two doses of measles vaccination confers 97% immunity. Any adult born before 1957 is considered immune. If there is no laboratory evidence of immunity in adults, a booster should be given.

Children should routinely be vaccinated with the MMR initially at 12 to 15 months of age, with a second between age 4 and 6.

There are different Centers for Disease Control recommendations for travel, and for any outbreak, with infants being vaccinated earlier, and adults receiving boosters.

Measles is one of the most infectious viruses known. With exposure, nine out of 10 unimmunized people will contract the disease, by way of droplet contact. The virus remains infectious for two hours after a person is in an area. That means that if you enter an elevator 2 hours after someone with measles sneezed in that elevator, you can get the disease.

Measles starts with a high fever (as high as 105 degrees), then feeling sick, coughing, having a runny nose and getting red eyes. After that there are spots that occur in the mouth, and then a rash, which comes on about 14 days after exposure. It is a spotty rash, and it spreads from the head to the trunk, then to the lower extremities. A person is infectious for the four days before the rash starts. There are rare cases in which the rash does not appear.

The people who are most at risk for complications are children under age 5, adults over age 20 and pregnant women. There is no effective treatment, but getting immunoglobulin infusions can decrease the complication and death rate. If exposed, vaccination as soon as possible can decrease your risks, preferably within 3 days of exposure.

There is one other little known aspect to measles infection: it has been shown that a measles infection changes your prior ability to fight infection for up to three years. That means that the immunity that you have built up from prior exposures or immunizations is no longer present. It is a side effect that is only seen with measles.

My hope is that we move towards better immunization coverage to protect our community. Additional reliable information on Measles is available on the CDC website. You can look into this in any of the medical clinics in town, and at the public health department. If we can keep one person from getting sick from this, it will be worthwhile. If we can keep one person from dying, that will be a victory.

Media advisory on measles from the U.S. Department of Health & Human Services National Institutes of Health

The community walking challenge Homer Steps Up! 2019 has come to an end!

Visit us on Facebook @homerstepsup for pictures and more! 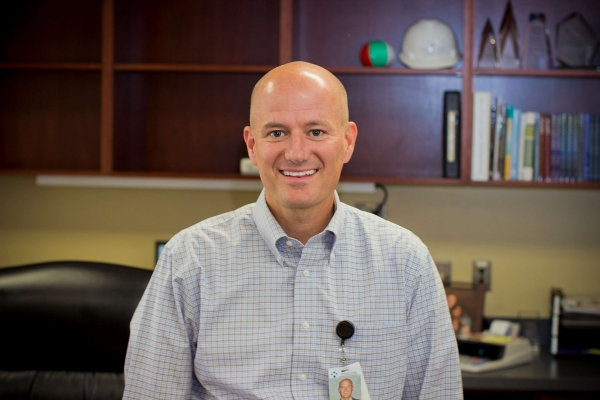 The Board of Directors of South Peninsula Hospital, Inc., announced Tuesday, May 14, their selection of Ryan Smith for the position of Chief Executive Officer. Smith currently serves as CEO of Memorial Hospital of Converse County in Douglas, Wyoming. During his nearly eight years there he successfully created a clinically integrated provider network, oversaw the addition of a 25,000 square foot freestanding medical office building, and markedly improved patient satisfaction and employee engagement.

Prior to Memorial Hospital, Smith was the CEO of Central Peninsula Hospital (CPH) in Soldotna for five years, during which time he led a $50 million dollar expansion, nearly tripled gross patient revenues, resulting in a positive operating and net income, and negotiated a 10-year hospital lease and operating agreement with the Kenai Peninsula Borough. While at CPH he was the Chair of the Alaska State Hospital and Nursing Home Association, awarded “Grassroots Champion” by the American Hospital Association in 2009, and named Soldotna Chamber of Commerce “Person of the Year” in 2010.

Smith started his healthcare administration career right at South Peninsula Hospital in Homer where he served as Chief Financial Officer from 1996-1998. From 1998 to 2002, he was Chief Financial Officer for Life Point Hospitals, Inc, and served as CFO at Salt Lake Regional Medical Center from 2004-2005.  He spent his first ten years in healthcare with the Hospital Corporation of America, working his way up through several positions to a leadership position in the finance department.

David Groesbeck, SPH Board President, says the board is excited for this opportunity for SPH and the Homer community. “Mr. Smith is a talented CEO. His references speak to extraordinary talents, his record speaks for itself, and his familiarity with Alaska and the Kenai Peninsula will prove invaluable. We are fortunate that his desire to return to Homer aligns perfectly with our organization’s needs and goals. He is a proven leader with the right experience, vision and commitment to lead us forward.”

Smith earned both a BS in Accounting and an MBA from The University of Utah in Salt Lake City. He will arrive to Homer in August to begin the position full time, but will be involved in upper level administration before then. Noel Rea, named interim CEO in April, will remain on until Smith’s arrival. 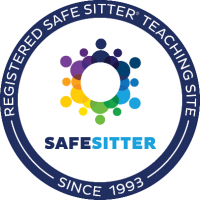 The next Safe Sitter 1-Day Essentials with CPR at South Peninsula Hospital is scheduled for Friday, August 9th, 2019 from 9:00 am – 4:00 pm.  Registration, including the program fee of $50.00 (scholarships available upon request!) is required by August 5th – please contact wellness@sphosp.org or call the South Peninsula Hospital Health & Wellness Department at (907) 235-0970 to register and for more information.  Further details, including class location, will be shared with you upon registration.

Does your 6th-8th grader feel ready to stay home alone, watch their brothers and sisters, or babysit for younger children? Then maybe it’s time for Safe Sitter®. Safe Sitter® is for young teens in grades 6-8 who are ready to learn the skills they need to care for themselves and younger children.

In addition, Safe Sitter® teaches young teens life and business skills, so that they know how to be prepared, be responsible, and be considerate whether they are babysitting or doing odd jobs for family, friends, or neighbors.

You’ll have fun. You’ll learn a lot. And at the end of the day, you can proudly say, “I am a Safe Sitter®!” 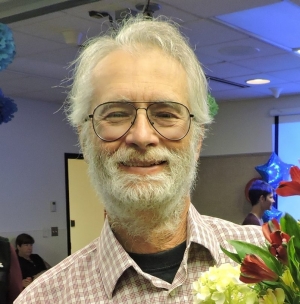 Join us for our last “Walk with a Doc” until September 7th! FREE WALKING PASSES for June, July & August are available at Walk with a Doc! All are welcome Saturday, May 18th from 9:00 am-10:00 am to hear from Dr. Hal Smith, who recently retired after nearly 40 years in emergency medicine!

This is a free event, open to all ages and abilities! There is parking up at the SPARC and down below in the Homer Middle School Parking lot.

Walk with a Doc is a nationwide walking program for everyone interested in taking steps for a healthier lifestyle. What better way to start your weekend than on your feet making strides to help your heart and improving your general health to live longer! While you walk at your own pace, you’ll have the opportunity to have questions answered by local physicians.

There will be free blood pressure screenings, prizes, and refreshments!

Email wellness@sphosp.org, or call the SPH Health & Wellness Department at (907) 235-0970 with questions or for more information! 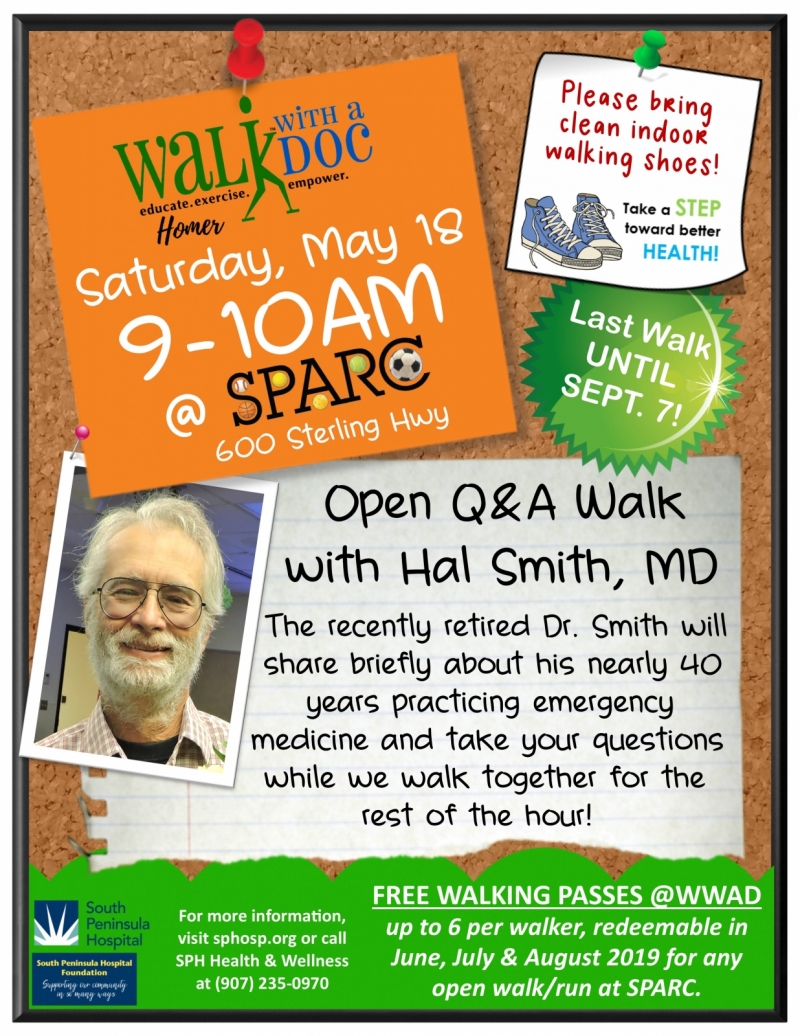 Put the life back in your life!

Workshops are on Wednesday from 4:30-6:30pm at Homer Medical Center, and a new series begins every two months.  The cost is $40 for the entire six-week series. Contact Living Well Alaska Instructor Michael Tupper, NCMA CPI at (907) 435-3047 for more information, upcoming course dates, and to register. 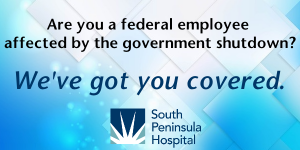 Federal employees affected by the government shutdown are eligible to suspend their payments on medical care at South Peninsula Hospital and hospital owned clinics for the duration of the shutdown.  To delay their payments, the employee must contact the hospital financial assistance office at 235-0218 or 235-0298 and request their billing and statement be put on hold. This offer applies to payment plan accounts, statements and billing for hospital, clinic and physician charges, and these accounts will not be subject to penalty or interest charges during the suspended time.  Questions can be directed to the financial assistance office at the numbers above. 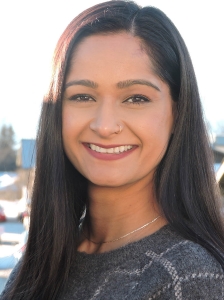 South Peninsula Hospital Orthopedics and the office of Brent Adcox, MD, welcome Dharti Patel, Physician Assistant, to their care team. Patel moved to Homer this month from New York City, where she was a hand & wrist orthopedic PA at New York Hand and Wrist Center of Lennox Hill Hospital. Prior to that she worked for five years at Mount Sinai Hospital as an orthopedic PA.  She is a graduate of St. Johns University in New York.

As Physician Assistant to Dr. Adcox, Dharti will assist with surgeries, offer clinic visits, and do minor procedures such as fracture reduction, laceration repair, joint injections, casting, and splinting. She will also take call for the hospital’s Emergency Department.

Patel enjoys skiing, hiking, mountain climbing and the great outdoors, and is most looking forward to being a part of a small community where she can get to know her neighbors and patients.  Her arrival greatly expands the capacity of orthopedic care for the community, and should result in shorter wait times for appointments at the clinic.

More information and appointments can be made by calling the SPH Orthopedic Clinic at 235-0310.

Sequoia Snow Bettinger was born January 1st, 2019 at 8:00am. She weighed 9 pounds, 3 oz and was 21.5 inches long. Her parents are Allyse and Owen Bettinger.  Sequoia was caught by dad and Dana Whittaker, Certified Nurse Midwife from Homer Medical Center. 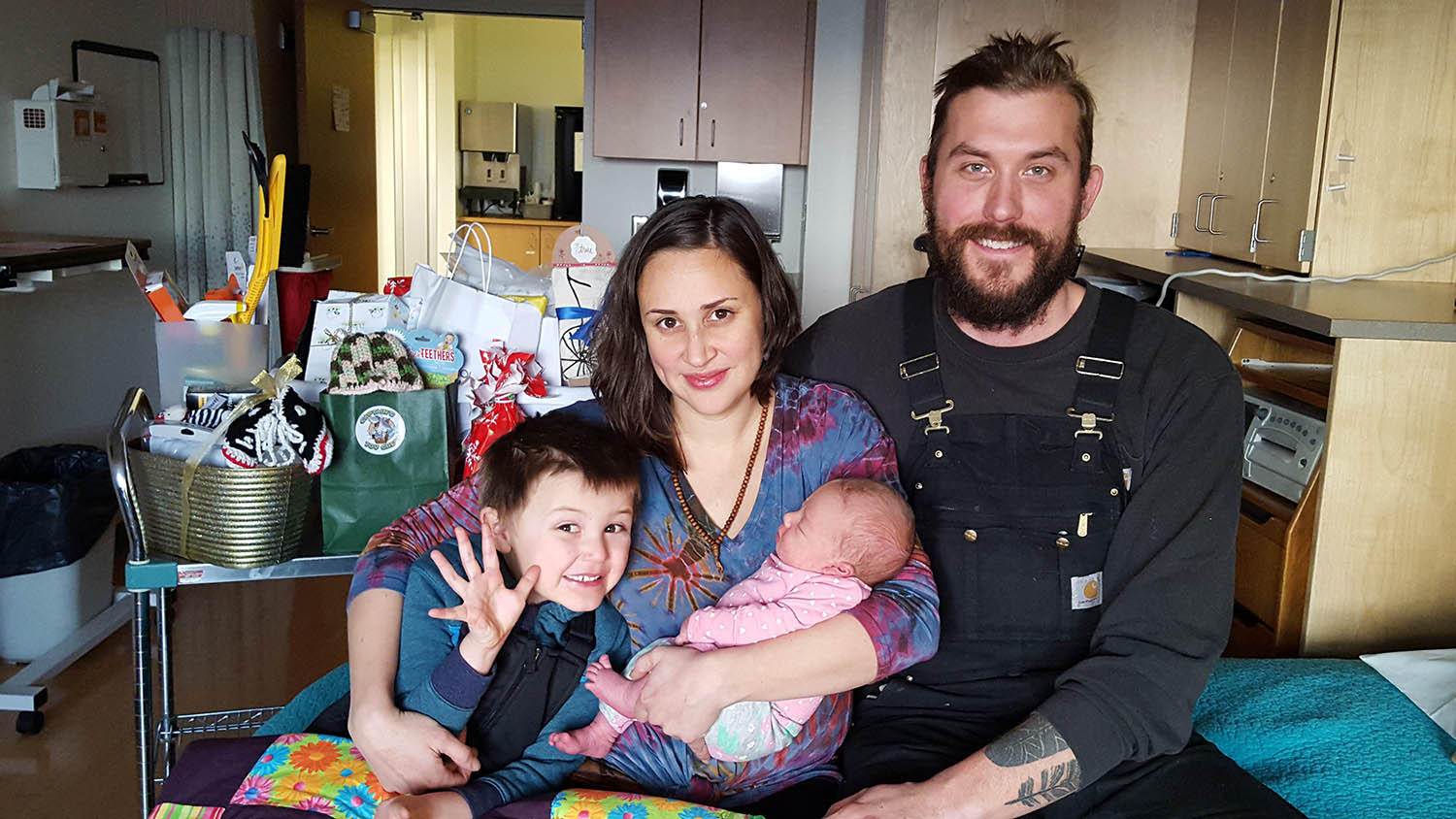